Robotics, AI to fill gaps in Senior Care while many fear for jobs

Apparently, we’ll all be unemployed soon thanks to artificial intelligence (AI); so says countless articles, social posts, rumors, and gossip. The AI revolution is moving full steam ahead equating to hyper-growth of smarter, better, faster, non-stop work product by thinking machines thus the hubbub. Although, Kai-Fu Lee, AI-Expert and ex-Google President in China, in his latest LinkedIn post, 10 Jobs That Are Safe in an AI World, says some of us are safe. whew!

Plus, AI is catapulting robotics across sectors from distribution and restaurants down to the personal companionship level. Makes you go, hmm. Right? I can see it now…

Fear mongering; I’m on it.

I’ll stop now and for the record, I have no clue regarding the winners and losers on this front. We’re humans, we’ll figure it out.

What’s this got to do with senior care?

Nothing because no genius-tech will replace the emotional, human aspect of caring and being there for loved ones and each other in good and bad times.

Everything because we simply will not have the resources i.e. people available to provide the human side of caring for the numbers of elders in the population.

Tech and the Aging Crisis

We stand at the forefront of an aging crisis where some say, and I tend to agree, this crisis is one of epic proportions and presents a plethora of issues on socioeconomic and geopolitical levels. Luckily, some or many of those answers are found in technology such as AI and robots.

If you’re not familiar with the aspects of the aging crisis, here’s a brief overview. Or, skip forward and simply blame it on the 60’s.

WWII, Free Love, and a Quest for Knowledge

What were we thinking? Human rights, equal rights, personal freedoms, question the powers that be, empowered women, free love? If only we could go back to a time when…

Before you start screaming at whatever device you’re reading this on, I’m kidding. I wasn’t even around way back then.

The 60’s was an era of women and men finding themselves, ditching the June Clever ideology, and an unprecedented movement of choosing careers and or lifestyle over kids and marriage. Even if married and having kids, we became deliberate in our approach to having children thus had far less than previous generations and to this day is how we roll as a society.

First, an extreme dip in fertility rates which statistically, in western cultures, hasn’t changed much since 1964.

Second, one-third, give or take, of us haven’t a spouse, partner, or child usually due to never marrying or having children, both by choice. Within the populous of Seniors, this cohort is affectionately known as the Grey Orphans.

The Human Condition and Longevity

Our thirst for knowledge, leaving a mark before heading to the unknown, and the ever-present I-did-it-first quest has produced countless advancements in the last three-quarters of a century. Notable to this article is the advancements in medicine, technology, and in our understanding of what makes us tick. If you can’t see where this is going, we are living longer. So much so that the most expansive demographic population growth, now through 2050, will be the 85 and older crowd. In 1950, life-expectancy was 65 (average between sexes), in 2050 that number will be 85. And, culturally we are somehow becoming more comfortable with robots in our homes.

A “Booming” population of, well, Boomers soon to be joined by Gen Xer’s, all of who are living longer. Plus, a third of this cohort are without family. Couple this with low fertility rates since the mid-1960’s and we’re left with a negative replacement rate which leaves the question, who’s going to care? (or pay taxes… that’s for another time).

So, are you one of the millions of people caring for an aging loved one? With the rising number of elder adults, an ongoing decline of paid caregivers, you are not alone. As much as we want to, friends and relatives often can’t do all the work. Growing evidence shows that this isn’t sustainable or healthy for seniors or their loved ones.

So what is one of the ways to bridge this elder-care gap? In a word, robots.

If you’re like me, when I think of robots as caregivers, I see Will Smith in the movie iRobot and the robot baking a pie for his grandmother. When many people imagine robots in the home, they envision mechanized domestic workers doing tasks in human-like ways. In reality, most of the robots that will allow older adults to “age in place” (stay at home instead of relocating to assisted living or nursing care) won’t look like people. At least not yet. But they can assist with certain daily tasks that your loved one is now unable to do.

That may sound far-fetched, but robots are already in the residential arena from robots that vacuum, mop our floors, and mow our lawns to…experimental robots that can help lift people into and out of chairs and beds, follow recipes, fold towels and dispense pills. There are self-driving cars in the works that will be able to bring people to appointments and gatherings. By the year 2025, 1 in 4 drivers in the US will be 65 or older. Recent reports show that robotics are already being used in certain jobs including hamburger flipping robots and service attendants.

There are also robots that can provide pet like companionship or help your elder family member stay connected to you via Skype or chat. Some of these technologies are already in trials in nursing homes helping to alleviate loneliness and remind forgetful seniors to eat or take medications a regular schedule.

Scientists and other inventors are building robots that will do these jobs and many others.

Like where this is going, and looking for a solution for the now and not the future? Thats where Unna comes in. We have a simple solution to your complicated problem of caring for your elder loved one while still maintaining your busy life and your piece of mind. Unna. There when you can’t be. 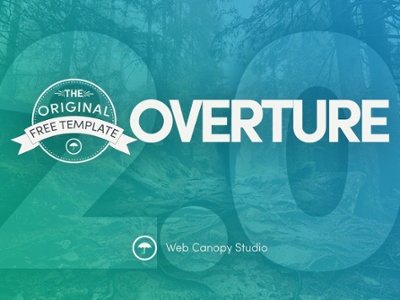